It’s actually 30,000, according to the Department of Transportation (DOT). Many of these deaths are the result of driver fatigue. Drowsy driving is particularly dangerous in the trucking industry, where the average truck driver is often behind the wheel for long hours in a day without getting much rest. DOT estimates 4,000 people die every year in truck accidents, and truck driver fatigue is one of the leading causes of fatal crashes. 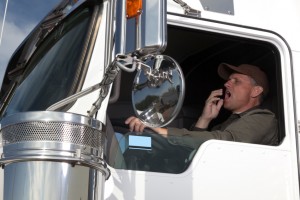 Data from the Centers for Disease Control and Prevention (CDC) shows that driver fatigue is estimated to be a factor in 25 percent of all fatal accidents. Many experts believe driver fatigue to be an even greater issue than statistics indicate because drowsy driving is such a difficult thing for law enforcement officials to spot in the wake of an accident. It is not like driving under the influence of alcohol, for example, which can be detected using a sobriety test. Presently, there is no test to affirm whether or not a motorist is fatigued behind the wheel.

Daniel Blower is an associate research scientist at the University of Michigan’s Transportation Research Institute. According to Blower, the issue of driver fatigue is a “significant problem and it’s rampant.” He told CNN that driver fatigue has always been an issue but his hunch is instances of motorists driving drowsy have probably increased over the years.

The Federal Motor Carrier Safety Administration (FMCSA) is charged with using the latest science and research to determine how long truck drivers can be behind the wheel before they are fatigued. The agency then decides on regulation designed to reduce drowsy driving.

In 2011, the FMCSA made changes to the “hours of service” rules for truck drivers. These changes basically boiled down to two updated requirements: One is that truck drivers are required to take a 30 minute rest break within the first 8 hours of their shift in order to help them stay alert on the road.

The second updated the use of the 34-hour rest period (commonly referred as the “restart” in the trucking industry). In the interest of safety, the 2011 rule only allows truck drivers to use the restart once every seven days, and the restart period must include at least two rest periods between 1:00 a.m. and 5:00 a.m.

The brass tacks is that the changes provided truck drivers with the opportunity to take a very real rest and catch up on sleep before starting work in what could amount to be another very long week. According to FMCSA data, these changes were designed to reduce the average maximum week a truck driver could work from 82 hours to 70 hours.

What Are the Characteristics of a Drowsy Truck Driver?

You might be wondering what a typical fatigued driver looks like. According to experts, you are more likely to fall asleep behind the wheel if you sleep for six hours or less every night, if you are a snorer, or if you tend to doze off unintentionally during daylight hours. Accidents that occur as a result of driver fatigue are most likely to occur at night and on roads with higher speed limits, like highways or interstates.

Falling asleep behind the wheel isn’t the only danger associated with tired driving. Drowsy driving can drastically impair your reaction time and affect your ability to make decisions. Even if you don’t fall asleep, fatigue makes you less attentive behind the wheel.

These are the warning signs associated with driver fatigue that you should be aware of:

What should you do if you experience any of the aforementioned warning signs? Pull over and rest if you are traveling alone, or change drivers if it’s possible to do so. Simply turning up the radio or rolling down the windows isn’t enough to keep you from dozing off.

Truck Driver Fatigue as Dangerous as Driving Under the Influence

Driving fatigued is not unlike driving under the influence, according to highway safety experts. Crashes involving drunk drivers or drowsy drivers are likely to be more severe because a culprit who is drunk or tired likely doesn’t have the awareness to take any evasive action, like use the brakes or steer out of harm’s way. This is why many accidents involving drunk drivers or drivers with fatigue result in the vehicle leaving the roadway and overturning.

Can Technology Keep Us Safe From Truck Driver Fatigue?

Road departure systems are another recent technological advance to help the issue of truck driver fatigue. These systems work similar to the collision avoidance systems in that they alert the driver if the vehicle begins to veer into another lane or off the road. Road departure systems have been shown to reduce the rate of road departures by as much as 40 percent.

There are also a couple of gadgets and mobile phone apps on the market to help detect fatigue. One fatigue alarm goes in the truck driver’s ear and vibrates or beeps if it detects the driver’s head drooping forward, backward or to either side. Another device that should be available for purchase in the near future uses Bluetooth to warn a driver if their blinking or body movement is hinting at drowsiness. Mobile apps on the market try to gauge fatigue and keep drivers alert by other asking them to intermittently touch a screen, answer trivia questions or respond to alarm clock noises at specified intervals.

Perhaps the most fascinating new technology has been implemented on higher-end passenger cars. Some Volvo and BMW passenger cars use a system that monitors a driver’s steering adjustments in order to look out for signs of fatigue. The technology is based on the assertion that a driver with fatigue steers less. If the driver starts steering less, the system alerts the driver. While this is only used in higher-end cars at the moment, a CNN report says the system will soon trickle down to other vehicles.

Of course, even the best technology can only do so much to prevent truck driver fatigue. As a truck driver, pull over and take a nap if you feel fatigue setting in. Don’t put yourself or others in danger by forcing yourself to stay awake. No matter what you do, that fatigue will get the best of you if you don’t rest.